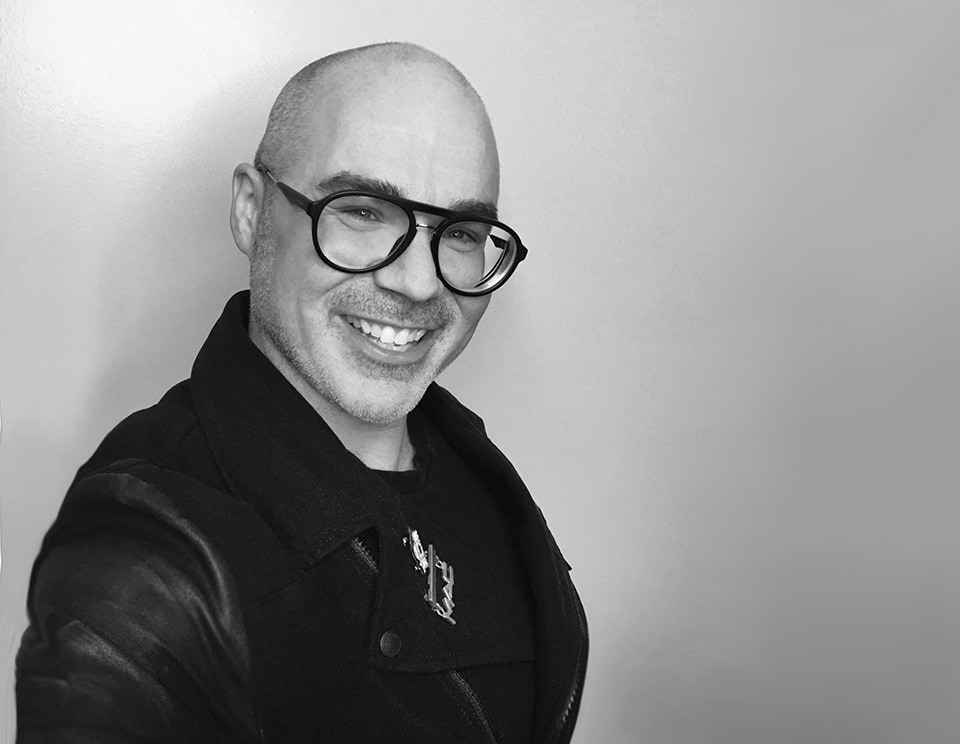 Hailing from Montreal area in Quebec, Stéphane is a self-proclaimed geek and proud of it.
Sci-fi, pop culture and musical references are a part of everything he does.
“MAC has always been a safe haven for misfits like me. There is such a celebration of diversity here that what makes you different soon becomes your greatest attribute and will even define who you are as an artist.”
He feels blessed for having experienced different roles and many inspiring events over the past two decades with MAC, namely working backstage during New York and Milan Fashion Weeks, a body painting event in Trinidad or the International Indian Film Awards and Fashion Cares in Toronto. He has also had the privilege to work with hometown royalty Ariane Moffatt, Ève Salvail and Rufus Wainwright.
With a background in illustration, painting and music, these different elements naturally make their way into his work. “Overtime, I’ve developed a more organic approach to make up because of my roots in fine arts. I learned early on that there are no accidents in art, only an opportunity to take a look into an unexpected avenue or a totally new direction. That’s a direct quote from beloved artist, Bob Ross, who’s stoic approach was a huge influence in the way I create in general.
“It’s good to be obsessed with precision however in the end makeup needs to be fun and make you feel good. That moment you let go is when magic happens and when the best results often happen.”

When Stéphane was about 4 or 5, he clearly remembers kneeling in front of the TV whenever Debbie Harry came on. “I was completely mesmerized by the muse as much as her music.
To this day, I feel she best represents the spectrum of what I love most about makeup : Studio 54 Neutral Glam, with its long, feline eyes in golden-brown-biscuit shades, and early 80’s New Wave imperfection with its occasional pop of bold colour.”
His must-haves that best represent these looks are Teddy Eye Kohl and Oh Baby Lipglass with Nude Model Eye Shadow Palette for the 70’s and It’s Designer Eye Shadow Palette for the 80’s.

Living in the north definitely dictates a look. “It’s cold and dark for most of the year, so people want to feel good, especially about skin.” Dehydration is an issue most Canadians deal with, therefore adding moisture and light to give life to the face are important remedies, easily solved with Prep+Prime Fix+, Strobe Cream and Studio Face and Body Foundation.

You Gotta Have Heart

VIVA GLAM II Lipstick was launched at the time Stéphane first started working for MAC. These lipsticks raise funds for the VIVA GLAM Fund in order to bring aid and awareness to causes such as HIV/AIDS, the LGBTQ+ community as well as men, women and children worldwide. “This was a full circle moment for me. On a personal note, the VG spokesperson at the time, k.d. lang, had been such an inspiration to me, being one of the first celebrities who, at that point, had recently and very publicly come out. She had given me the courage to be myself at a time when you couldn’t really talk about sexuality and identity the way we do today. At MAC, All Ages, All Races, All Genders is something we live and breathe every single day, which not only makes MAC the home of makeup and fashion, it’s also the house of love.”