Made for Fashion pairs leading fashion designers and makeup artists for a candid conversation about creativity, collaboration and catwalks

When you’re Gareth Pugh, overseeing 60 custom-designed costumes on opening night of an opera in Paris, then staging a Spring/Summer 2017 fashion show in London 24 hours later is, well, a challenge to relish. That’s just what happened this September. First, here’s what you need to know, then we speak to Val to find out more.

Pugh brought the two projects together so one influenced the other – The designer worked on the costumes for Eliogabalo, a 1667 opera telling the story of a tyrannical child emperor in Rome – whose conceit that he was a ‘sun god’ was also present throughout the collection: sunrays behind models’ heads, and a whole lot of gold. 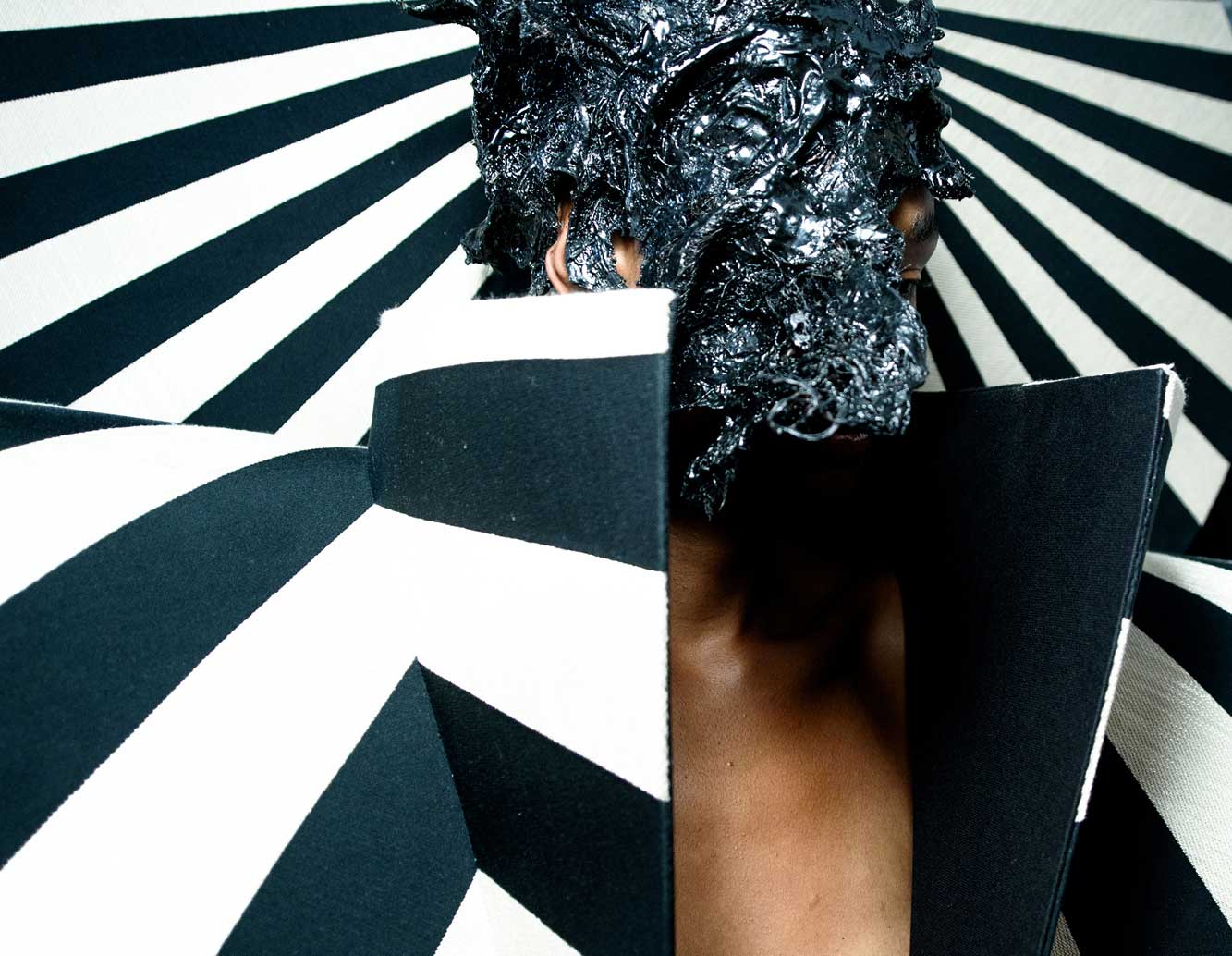 It wasn’t all about Eliogabalo – Other inspirations included Francis Bacon’s famous open-mouthed 1953 Pope Innocent X, with the purples of ecclesiastical robes and models’ faces covered with masks. The chaos symbol, meanwhile, influenced the graphic black and white patterns.

“Makeup is about colours, texture and shapes. It is a play-around of these elements to create the look that goes with the collection, the hair and, of course, the model. It's like character in the making.’” – Val Garland 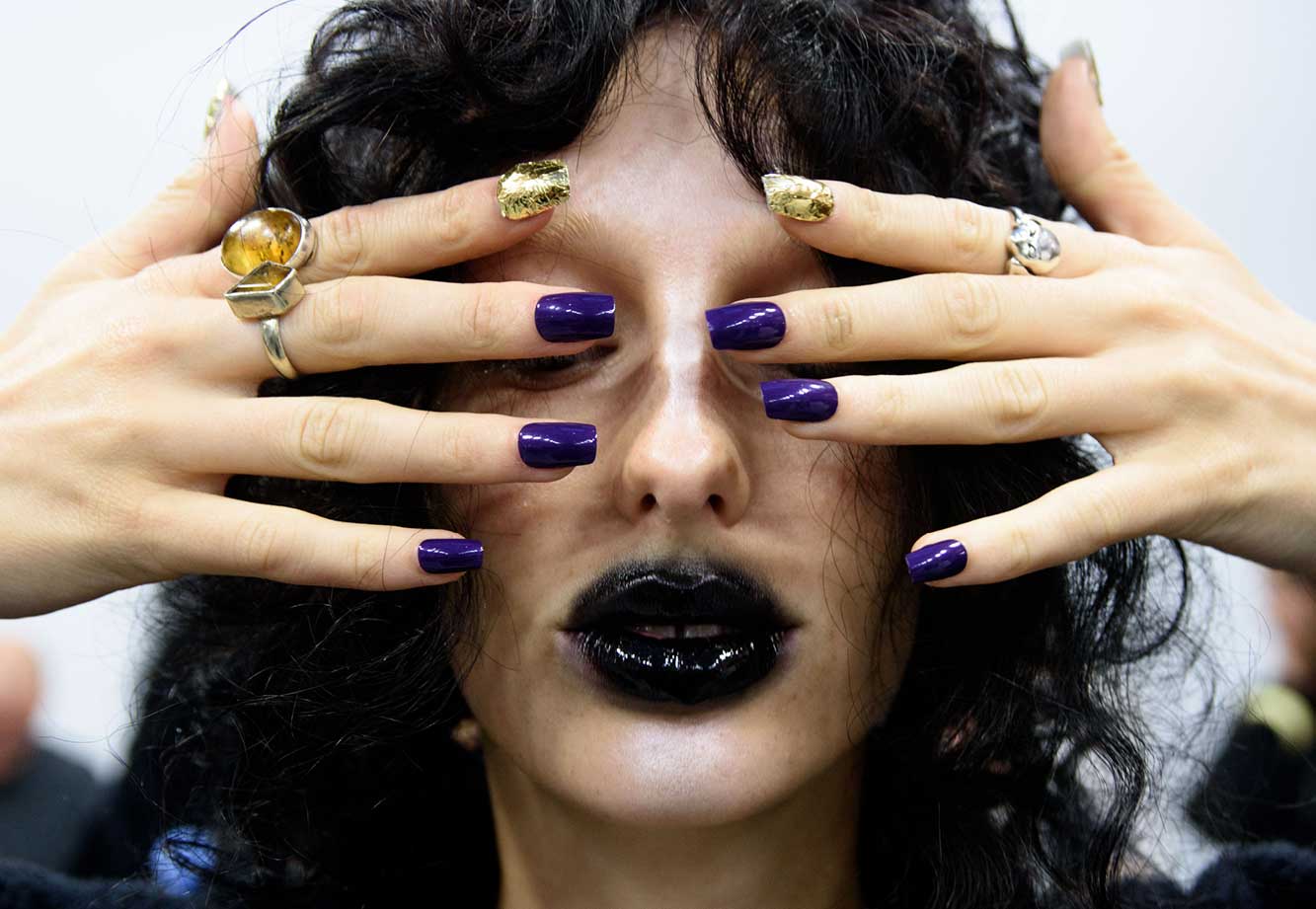 A front row that numbered Fergie and Frances Bean Cobain might be wearing this collection come spring – The drama and carnival of the opera was translated into clothes that were desirable IRL too. See razor-cut suiting, glamorous jersey dresses and black and white stripes – designs sure to slay any red carpet.

The makeup was in sync with Pugh’s mood – Val Garland helped create a look that allowed clothes to shine but also made an impact of its own. Skin had a sheen, with eyebrows at a minimum and a flash of dark lipstick smooshed on some models’ mouths. This was an army of warrior women not afraid of winning their way. We spoke to Val to find out more about the makeup on the opera and the show…

What was it like working on an opera and a show at the same time? And how did the look of the former influence the latter?
VAL GARLAND: The opera and the show happened at similar times, but Gareth and I started to discuss the look of the opera about three months before Eliogabalo went into production. With the opera, I went to Paris with Gareth and consulted with the makeup team to ensure we got the vision across that was Gareth’s. Gareth’s vision obviously had a huge impact on how the production and costuming of the show was going to look. In terms of the latter, you felt the operatic influence in the design of the show. But with regards to the makeup, it came from another tangent. I think you could say the makeup was more inspired by a sense of urgent Klaus Nomi meets Francis Bacon.

What was that creative process, working with Gareth on both? And ensuring the makeup was in tandem with the theme of both the opera and the show?
It's always enjoyable working with Gareth. He talked me through the story of the opera, the inspiration and the costumes he was going to create for each character. With this information, plus images of each character, I started to build a picture in my mind. It was then my turn to complete the look with what I visualized each character should look like. With the show, because we all worked as a team to produce the right vision that tells Gareth’s story, I guess you could say when it’s right you just know it’s right – we just keep trying things out until Gareth says “Yes, this is her, this is my woman this season.” 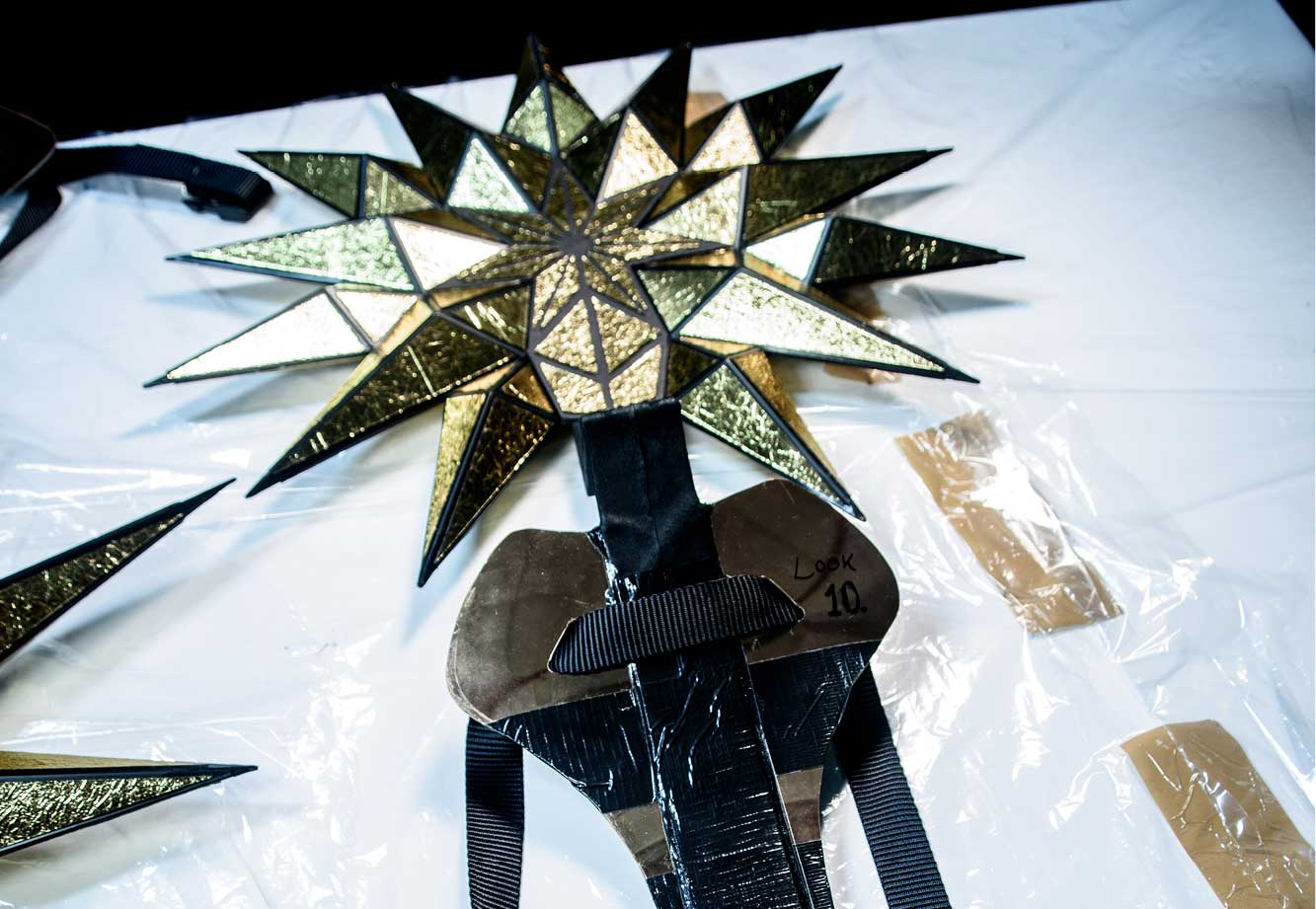 When a show is so dramatic like this one, how do you use beauty to highlight that?
Makeup is about colours, texture and shapes. It is a play-around of these elements to create the look that goes with the collection, the hair and, of course, the model. It's like character in the making. When all these things come together, I can visualize “the face” of the character and that's how the look is born.

I kept the makeup relatively simple, allowing the beauty of each girl to shine through. There were, of course, a few exceptions that told the story, like the girl that opens the show with a smoked black mouth that’s inspired by a Francis Bacon painting. Just remember, Gareth said, “It’s hypnotic beauty, think urgent chaos.”

WANT MORE CULTURE?
SIGN UP TO HEAR THE
LATEST FROM MAC